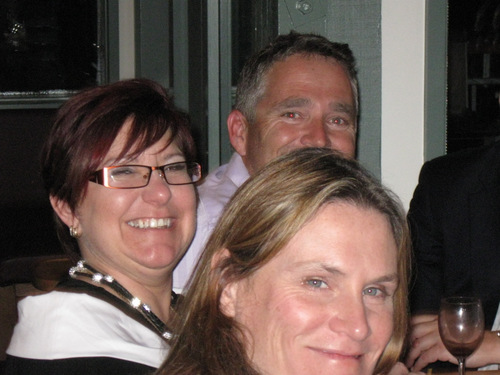 1. Apologies
2. Update the Rules of Association

Special Resolutions to be voted on

A. That the proposed changes to replace the term President with Chairperson be adopted

B. That the proposed changes to better support videoconference annual general meetings be adopted

C. That the proposed change to update the means of giving notice be adopted

D. That the proposed change to the example age for a progressive debenture/joining fee payment be adopted

Preparation and conduct of this special general meeting

• The meeting may only address items on this notice.

• All proxy forms, must be submitted to This email address is being protected from spambots. You need JavaScript enabled to view it. by 5pm Friday 9 April. Proxy Forms may be downloaded from aacfallscreek.com/pdf/SGM2021/ProxyFormSGM2021.pdf

• If you will be attending the meeting, please prepare in advance. Install Zoom on your computer, tablet or phone and use Zoom’s facilities to test that your audio and video are working. If you have a headset with microphone, please use it to reduce background noise.

Why do we need to change the Rules?

Elections for committee members have rarely been required. When the Rules of Association (aka the constitution) were updated in 2014 to comply with new legislation for Incorporated Associations, we simply adopted the default election procedure from the Model Rules provided by government. Our focus at the time was more on ensuring that our membership and debenture provisions were properly included in the new Rules.

In 2019 and 2020, however, the club was in the fortunate position of having more willing candidates than positions to fill. The election in 2019 showed some weaknesses in the procedure laid down in the rules. In 2020 the AGM was held as a video conference. It became clear that while the Rules allowed for members to attend the AGM and vote using technology, this was not well supported by some of the other rules pertaining to AGMs and elections.

The videoconference AGM was very successful, allowing members to participate who had previously been unable to attend in person. The Committee has determined that even after the pandemic has subsided, AGMs should encourage remote attendance. Accordingly the Rules should be revised to explicitly include measures that were beneficial in the running of an AGM that includes members attending via technology. After reflecting on the ballot process for videoconferences it became clear that further improvements to the process should be considered in future, such as the possibility of using preferential voting. The proposed rule changes address all these considerations and should be treated as a group.

While reviewing the Rules, some other minor items were identified that we would like to update.

Summary of the proposed changes

The specific changes proposed are detailed in aacfallscreek.com/pdf/SGM2021/Detail_of_Proposed_Changes.pdf .

The current Rules of Association can be found at aacfallscreek.com/xDocs/rules/rules2014.pdf .

Rule 40 Use of technology

In revising the Rules, we also identified a number of minor changes that would be beneficial