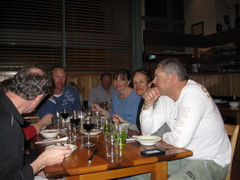 An enormous thank you to Nigel Cowie who advised he was standing down as President of the Club at the AAC AGM which was held on August 25.

Nigel has dedicated many years of personal time and effort to the Club, having joined the Committee in 2008 where he began his tenure as Lodge Supervisor and was instrumental in the Lodge renovation project. Nigel was then elected Chairman in 2012 and has held that role ever since. Nigel is also a representative on the AAC National Council, and he will continue this role going forward.

Nigel, from the Committee and Club Members, we would like to thank you for your commitment to the Club, your leadership as president and of course the support of Fiona and the rest of the family. We look forward to seeing you and the family at the Lodge for many years to come.