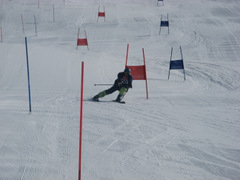 The Annual General Meeting was due to be held on 21 May. The government offered incorporated associations like AAC Falls Creek the option to defer their AGMs for up to 3 months (till end of August in our case). The committee considered whether to hold the AGM as scheduled by teleconference or to defer the AGM. At that time, not even the committee would have been allowed to assemble in one room, let alone other members. Consequently, an extension was applied for and granted.

At this stage we intend holding the AGM in late August, probably Tuesday 25th, at a venue to be determined. We would prefer to have it as a normal face to face meeting if possible but this will depend on the government restrictions in force closer to that time. Having remote members participate fully in discussions and votes, as required by our rules, would bring in some complexities.

The committee intends to send out the financial statements and committee reports to members in the next few weeks. Other AGM papers will be provided closer to the date of the meeting. In particular, the proposal for annual subscriptions for 2021 will wait until we have a better understanding of how the season is unfolding.

The committee welcomes your input as to whether a teleconference, eg using Zoom, for some or all participants would be beneficial despite the complexities.

The date and venue for the AGM will be confirmed closer to the time of the meeting.